Greenfields Petroleum Corporation, through its wholly owned subsidiary Bahar Energy Limited (BEL), owns an 80% interest in the Exploration, Rehabilitation, Development and Production Sharing Agreement (the “ERDPSA”) with SOCAR and its affiliate SOCAR Oil Affiliate (“SOA”) in respect of the offshore block known as Bahar Gum Deniz (the “Bahar Project”), which consist of a Contract Rehabilitation Area (“CRA”) including the Bahar Gas Field and the Gum Deniz Oil Field and an Exploration Area (“CEA”).

The Bahar Project is located south of the Absheron Peninsula and a few kilometers to the east of Baku.  It comprises producing oil and gas fields lying offshore Azerbaijan in the shallow waters (up to 10 meters deep) of the Caspian Sea. The producing oil and gas facilities include 89 offshore platforms, multiple pipelines and approximately 16.8 kilometres of steel causeways with well pads from an offshore island into the shallow waters of the Caspian Sea.

Other producing assets adjacent to the Bahar Project include large oil and gas discoveries with reserves amounting to multi-billion barrels of oil and multi-trillion cubic feet (Tcf) of gas. These include BP’s prolific Shah Deniz field, located south east of the Bahar area, which is estimated to contain nearly 25 tcf of potential gas. 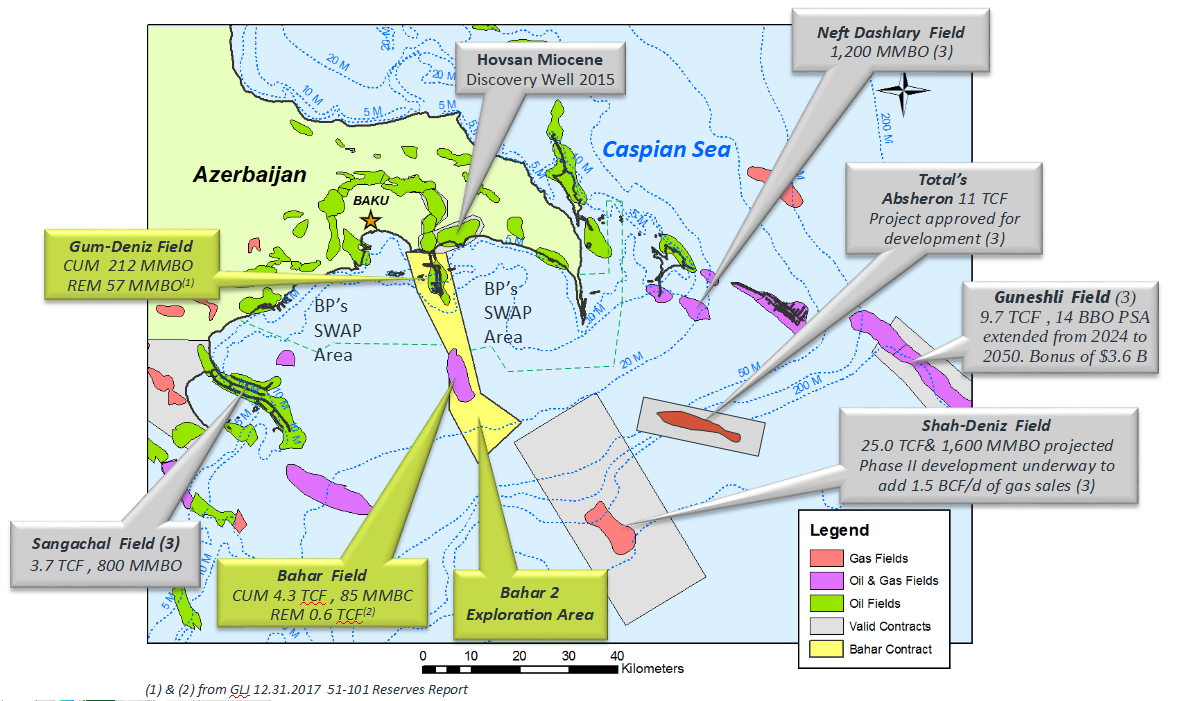